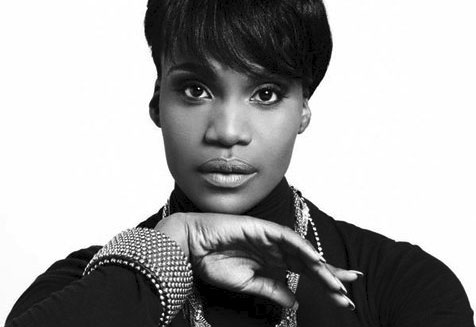 Kubi Springer is an author and founder of The Kubi Springer Company, a lifestyle-marketing agency in London England.

At just 26 years old, Springer was appointed as the youngest Head of Marketing and Brand Communications for theMOBO Awards (broadcast on BBC) and worked with MOBO Founder Kanya King to secure the title sponsorship deal valued at over £1.6 million.

By 31 years old, Springer was appointed as the Director of Brand Communications and Commercial Development for new Sky Entertainment Chanel, OH TV (Sky Channel 199). Given a one year contract Springer and her team was brought on to launch OH TV’s marketing and sales department. During that year she aided the company to increase their website hits from 200,000 to 9.2 million, she secured their first London-wide sponsored billboard advertising campaign and collectively they bagged 16 TV awards including ‘Best BME Channel of the Year 2011’.

With a passion to give back, Springer delivers international speaker and training engagements to educate on the power of marketing and media. Previously she has been the key note speaker for the Natwest Bank ‘Women in Business’ Luncheon, the Elogeme Adophli Annual Women’s Christian Summit in Chicago USA and the Chartered Institute of Marketing Annual Conference 2007. As well as delivering training in schools and universities such as London College of Fashion, Business Network International and Princes Trust to name but a few.

Described as “the UK’s Oprah” by BlackWeekly.com USA; Springer hosts the weekly business talk show The Kubi Springer Show which reaches 700,000 viewers per show. She has previously been the Executive Producer and main anchor on The Sisterhood TV Show in which she won ‘Best TV Show’ at the BEFFTA 2009 Awards. She has received global media coverage including BBC Radio London, South Africa Today, Metro New York, LA Muscle TV, Guardian Newspaper, Pride Magazine and International Women’s Month Magazine to name but a few. Springer was also the only international press representative at the Essence Magazine ‘Women Who Are Shaping the World Conference’ ’08 in New York City and in 2010 Springer was nominated as ‘Role Model of the Year’ for the South London Press Awards.

Dedicated to building brands and empowering lives, in October 2010 Springer launched her inaugural book entitled ‘What is FABULOUS?’ which is a collection of over 50 interviews from successful women from around the world and in 2011 Springer launched her first business CD ‘Secure the Deal: The Power of Effective Pitching’. All products can be purchased from WH Smith, Waterstones, Amazon and www.kubispringer.com.

To learn more go to:
www.kubispringer.com.