Does Friday 13th make you shudder?

Friday 13th is here once again and for the 49 million Brits who fear it most, chances are they will be sat indoors with their fingers firmly crossed waiting for it to be over. The superstition itself is said to stem from early Christianity, as Jesus Christ was crucified on a Friday and Judas Iscariot was the 13th guest at the Last Supper. Add them both together and what do you get? The most feared date in the calendar…

Another historical belief is that the fear of Friday 13th generated from King Philip IV of France, as he commanded for hundreds of Templar Knights to be arrested on Friday 13th, 1307. After their arrest, they were tortured and burned alive. Freak events in recent history, such as a 13-year-old boy being struck by lightning on Friday 13th and the Uruguayan Air Force Flight 571 that crashed on Friday 13th in 1972, make it hard to believe that it is all a spooky coincidence. Especially as the 16 survivors of the crash had to resort to cannibalism to survive.

Friday 13th is a date that is still feared in everyday life. Richard Riakporhe, Professional Boxer, worries about superstition and Friday 13th when it comes down to his fights. He said: “I would feel slightly cautious because of so much stigma being attached to that date. I tend to say a prayer not asking for victory in my duel but to protect myself and my opponent in case of potentially life-threatening injuries.

“Also growing up watching a vast amount of superstitious horror movies since youth has left that percentage of doubt in me that something could possibly go wrong on fight night.”

A new research study that explores the most feared date of the year has found that most people still believe it is a dangerous day. A definitive guide to the unluckiest day of the year that will make even the most sceptical of people shudder has been created. The piece explores the history and origins of the spooky date, as well as the recent terrifying events that have taken place on the day and celebrity related Friday 13th facts. Check out the research here, if you dare… 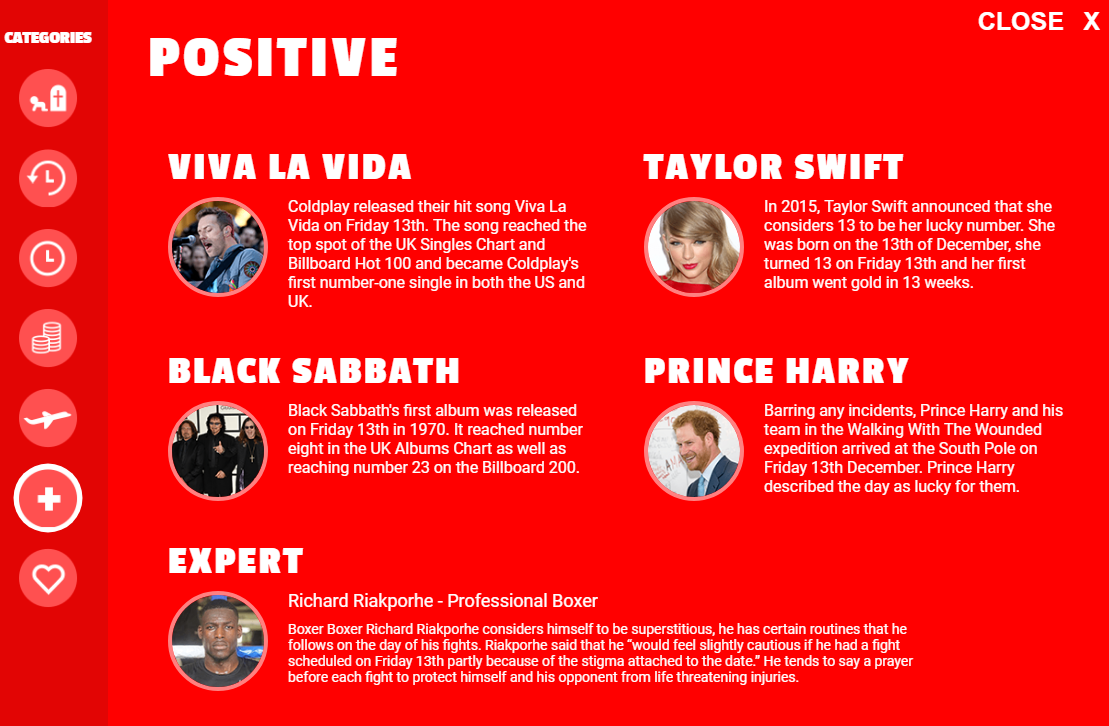 This campaign along with Richards comment was featured in national media like The Mirror, The Sun, The Daily Brit.